Soft water is gentle, beautifying, enriching. Hard water keeps soap from lathering as it might, working as it should, rinsing off as you want it to. It often leaves an invisible film which blocks pores, attracting and holding dirt and bacteria, causing chapping, itching, and dryness. Hair washed in hard water becomes limp and lifeless; hair coloring frequently does not penetrate evenly. Water that has been softened, however, eliminates these problems.

Doing laundry in water treated by a water softener has proved significantly more effective than doing laundry in hard water, no matter how much soap or detergent is used. The principle is much the same as it is with skin care; hard water combines with the ingredients of soap and detergents to form a dulling curd on clothing, one that holds soil in the fabric, shielding it from removal! Soft water, on the other hand, activates the soap or detergent to make a smaller amount (up to 55% less!) work more effectively.

Here, too, the cleaning agents combine with the minerals in hardwater to form a dulling film. A water softener will make dishes and glassware shine – hard water spots are eliminated. And you use only half the amount of detergent or soap hard water requires.

Hard water has an obvious adverse effect on appliances and plumbing systems. It’s easiest to see as the rock-hard scale forms on shower heads, faucets, and humidifiers, but it also builds up rapidly in dishwashers, clothes washers, pipes, and water heaters, decreasing their life. Water heaters can consume up to 22% less energy with soft water than with hard water!

Treat your plumbing and appliances to an easy life with the addition of an Excalibur Water Softener installed by Steadfast! 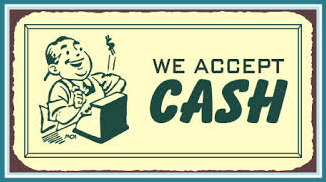